Check out these Russian Literature courses on offer this Spring 2021! 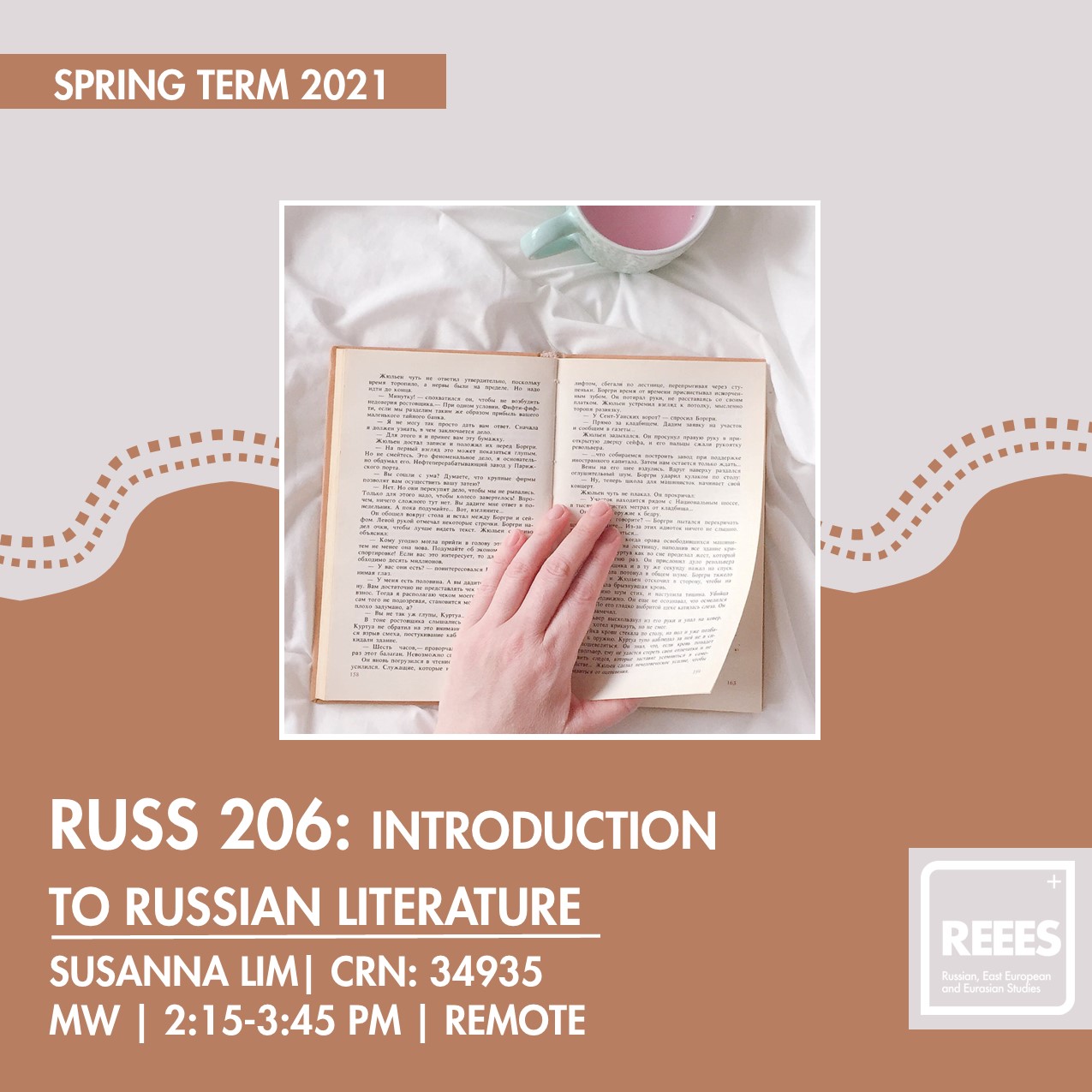 This course examines literature and film from the early 1900s to the late 1990s, a century spanning the late imperial, Soviet, and post-Soviet periods.

Readings include Leo Tolstoy’s Resurrection (1899), works of Soviet-era poets such as Vladimir Mayakovsky, writings on the Stalinist Purge, and stories by women writers.  This course does not require knowledge of Russian language or culture. All materials will be read in English translation. 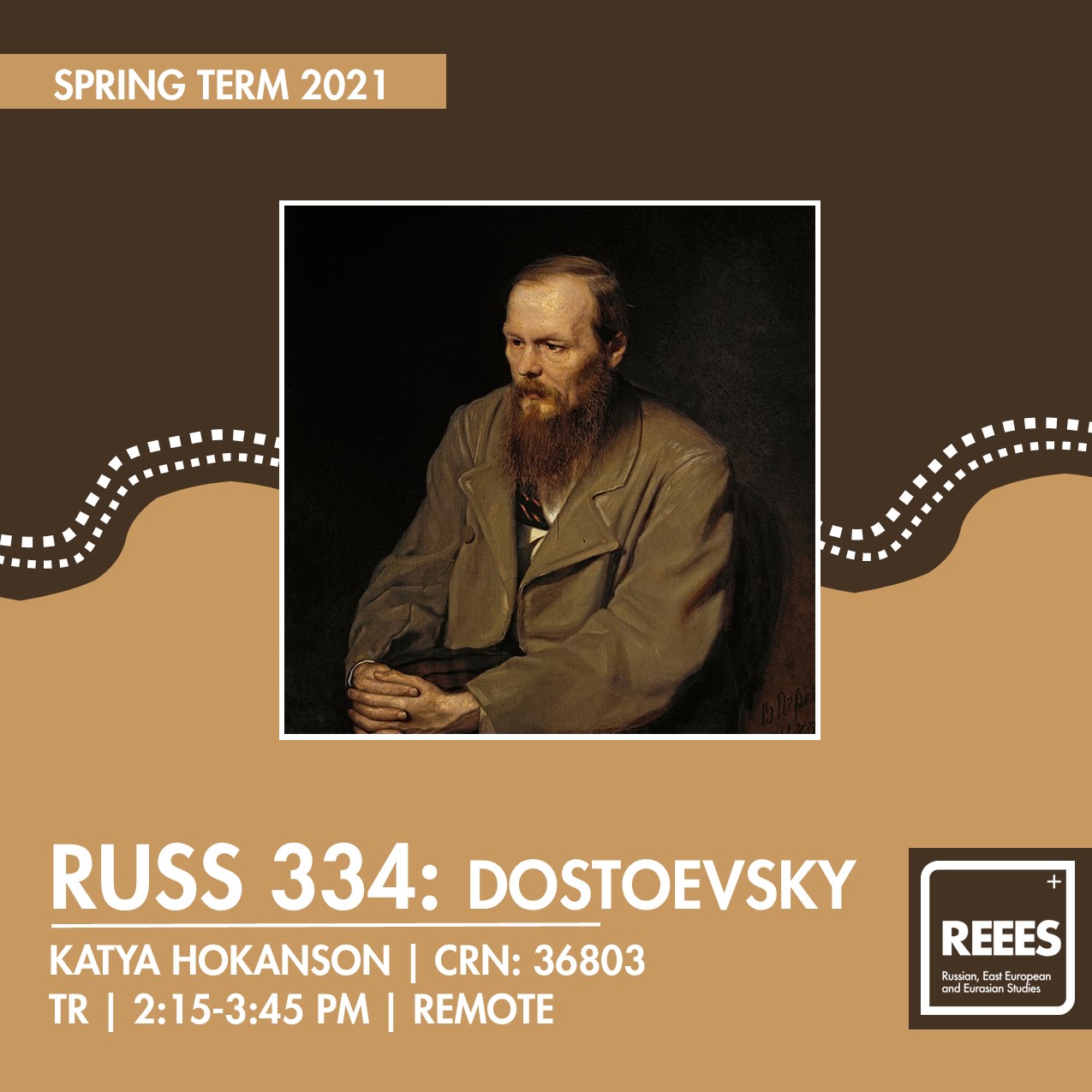 This course focuses on the work of Dostoevsky in context. Texts include Notes from the House of the Dead, Notes from Underground, Crime and Punishment, and an important text that grows directly out of Dostoevsky’s engagement with rationality and social control, Orwell’s 1984.  Film adaptations will also be considered in the course. No knowledge of Russian required. 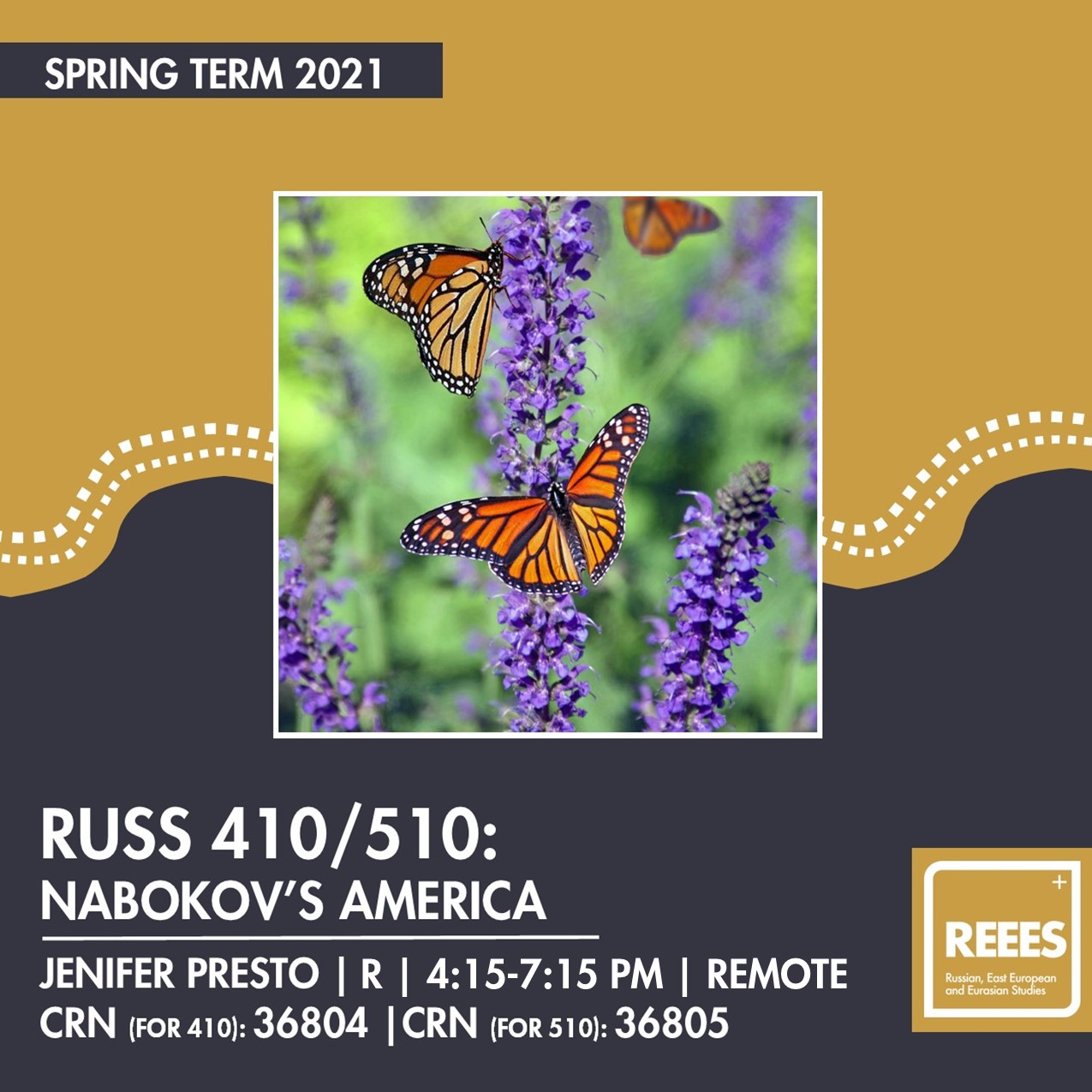 This course looks at the English-language writings of Russian-born writer Vladimir Nabokov, who is often considered the most un-Russian of Russian writers and one of America’s best literary stylists. Texts we will read include Lolita, Pnin, Pale Fire, and Speak, Memory. We will also read a poem that Nabokov wrote in 1953 while in Ashland, OR. No knowledge of Russian is required, as all the texts we will be reading were written in English.